So in the latest line of “Things I never thought I’d be doing at work”, I was sent a floor plan for a proposed go-kart track to be built inside of a shopping centre in Bahrain  (because of course, that’s the case), the only problem (because there’s only one problem with this whole thing obviously) is that there are a series of columns throughout the shopping centre. So, the reason they sent it to us is that they wanted to be able to view a 3-D version of the track in VR to get a sense of the scale and if it would be worth building. 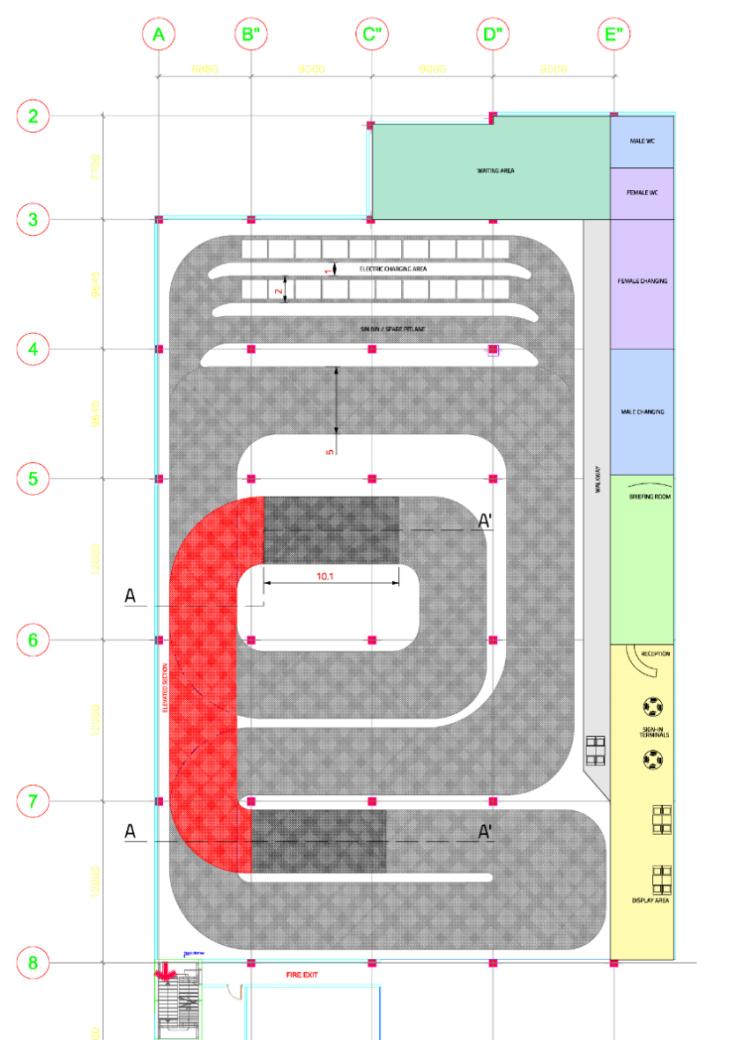 (This is all I was given, no email, no notes, just this)

The initial model of the track to me about two days, working off a single plane object figuring out how to get the corners right was the majority of my time spent on this in the beginning. However, when I brought it into Unity I quickly realised that this wasn’t going to work, even when I went back to Blender and flipped all of the normals in the track there were still parts of the track that just looked out of place.

So after four different types of models, I remodelled the track using a flattened cube object to give the track some depth to it, now the only thing I had to do was make it look more realistic using textures, however for whatever reason Unity does not recognise the textures when brought over from a Blender object.

Now the only thing that’s annoyed me is that the textures are a lot easier and a lot nicer to use inside Blender compared to Unity, so I’ve had to use the texture system in unity which isn’t as graphically good as Blender so instead of making it seem more realistic I’ve tried to go for a slightly more cartoon style.

Getting to grips with the coding in Unity has been difficult, to say the least but I’m going to have to stick with it if I have any chance of doing work in uni next year, I’ve gone through a few different ways of teleporting around the track. The first one was having four karts placed along key parts of the track but the client doesn’t have a Gear VR headset so I had to improvise and map the head movement to the mouse so they can see it through the game view inside Unity. This seemed to be the best way of mimicking being inside the headset but just in case it doesn’t work, I have been working on animating one of the karts to do a lap of the track with the camera linked to it so the client can move around without having to use the mouse or headset.

This has been the longest project I’ve had to work on and it’s been frustrating but good because I’ve been able to go back and refine this time and time again.